and our solution for you

Cannabis is a plant with a symbiotic relationship to humans. This means that we have evolved together since our inception for thousands of years. With the discovery of naturally occurring neurotransmitters called endocannabinoids in 1992, at the Hebrew University in Jerusalem, Dr. Lumir Hanus along with American researcher Dr. William Devane discovered the endocannabinoid anandamide (a hormone that we produce in order to feel happy and joyous). In the pursuit of unearthing the metabolic pathways of phytocannabinoids and endocannabinoids, scientists came across an unknown molecular signaling system within the body that is involved in regulating a broad range of biological functions. This system was named the endocannabinoid system (ECS). The ECS performs multiple tasks, but the goal is always to maintain a stable environment despite fluctuations in the external environment. It is the system that creates homeostasis within the body. Hence, Cannabis is an essential supplemental source for the human body's systemic health.

With society's realization of the importance of Cannabis to the sustainability of their health, people will pressure markets and governments to supply this critical resource. This means that opportunities to invest in the industry and businesses of Cannabis will abound. Currently, political, legal, and capital resources in the US are concentrated among institutions dominated by and individuals who are Caucasian males with Caucasian females secondarily. This pattern is reflected by the Cannabis industry being likewise configured. Of course, there are many notable exceptions, but these are celebrity representations with zero impact on the everyday American regardless of ethnicity, because the average Caucasian has no more access to the private equity market of Cannabis, than any other ethnicity.

In time, access to the Cannabis commodity and business equity markets will improve, but like all other developing markets, this access will be access to what remains after the already rich and wealthy have clearly established their positions, territories, and markets. While this is a natural process, what is not natural is that it maintains the status quo of inequality. For this reason, it is our goal to penetrate the market while it remains in its early developmental stages. This is when the greatest gains and returns are possible, and the period to best establish a long-term gainful position before the natural market growth cycle cements.

With the founding of Obsidian Elite, we had the very strong expectation that Governor Phil Murphy of NJ, would be capable of signing into law the complete legalization of Cannabis (marijuana) for adult-use. However, this proved to be impassable, and our business was on standstill for the majority of 2019. During this time, we planned the creation of Emerald Elite Acquisitions, which is a privately-owned company that micro-investors can partner with in order to raise mass capital that will engage in the Cannabis capital, private equity, and business markets. Emerald Elite Acquisitions will only allow partnership with Obsidian Elite Association members and will only engage in Cannabis related investment nationally and globally.

The Cannabis market is a global market with regional variances in developmental stages. The basic components currently are cultivators, extractors, wholesalers, manufacturers, and retailers. These market player categories have varying degrees of specialization and will continue to develop specificity over time but should remain in these categories. Hence, all investment will fall into one or more of these categories, except for research and development.

Currently there are roughly 900,000 individuals that illegally use Cannabis now (10% of the NJ population), while less than 60,000 use it legally for medicinal purposes. What this means is, with currently only 6 operational dispensaries for the past nine years, NJ medical marijuana has generated over $400 million in gross revenue. NJ is slated to open six new dispensaries, and award 25 proposed new licenses. This will dramatically increase citizen participation in the program, and consequently revenue. When Cannabis becomes fully legal for all adults over the age of 21, with 9 million residents and it receives 100 million visitors per year and may see an additional 50 million visitors post legalization, because Cannabis to date is still illegal in New York, Pennsylvania, and Delaware, that will possibly mean 159 million potential new customers.  If only 10% of this number will partake, meaning 16 million new customers per year. At minimum, if each customer only spends $20 per month on Cannabis and related products and/or services, that’s a gross revenue statewide of $3.9 billion annually. These numbers are still very conservative, and yet this is still a huge emerging market!

We project a total of $300 million in initial capital investment (public and private) toward this industries development. If we calculate the ROI on this outlay, we arrive at a potentiality of 1300% ROI before taxes.

The cannabis markets are growing like wildfire in both the U.S. and global markets. Each projection seems to raise the ceiling even higher than before. A recent article in the Marijuana Business Daily projected that: "Total economic impact of the cannabis industry will range from $39.2 billion to $48 billion in 2019 – about a 35% increase over 2018 and the U.S. cannabis sales in 2018 were between $8.6 billion and $10.8 billion – more than U.S. spending on e-cigarettes, the video game Fortnite and Goldfish crackers and U.S. sales of cannabis in 2019 will be about 35% higher than 2018 and could reach $30 billion by 2023.  But are not just the industry giants that have green fields in front of them. Local dispensaries and recreational shops are a big part of the revenue tsunami. Another industry website laid forth the following industry picture and accompanying statistics: "As more states approve cannabis for use, an entirely new market has cropped up in the United States. Medical dispensaries, as well as recreational shops, are opening to supply marijuana to a broad base of consumers."

We project a total of $5 billion in initial capital investment (public and private) toward the US industries development. If we calculate the ROI on this outlay, we arrive at a potentiality of 1000% ROI before taxes.

The global total addressable cannabis market (regulated and illicit) is estimated to be $344 billion and with the top five regional markets to be Asia ($132.9 billion), North America ($85.6 billion), Europe ($68.5 billion), Africa ($37.3 billion) and Latin America ($9.8 billion); 263 million cannabis consumers currently make up that worldwide market. More than 50 countries around the world have legalized some form of medical cannabis, while six countries have legalized cannabis for adult use (some may refer to it as recreational use). The legal cannabis industry has truly gone global; even in the face of extensive prohibition, cannabis consumption grows, and attitudes and challenging perceptions about the typical cannabis user continue to shift. This social and cultural evolution has created a global market with massive potential for stakeholders across dozens of sectors beyond traditional plant-touching verticals.

With more than 263 million estimated cannabis consumers in the world, the value of the existing worldwide demand for cannabis is an estimated $344.4 billion. There are an estimated 1.2 billion people worldwide suffering from medical conditions for which cannabis has shown therapeutic value. Adoption of medical cannabis treatment by even a small proportion of that population would create a massive market. Canada, the country with the world’s largest federally legal adult-use cannabis market, has been the frontrunner in cannabis trade, exporting nearly 1,500 kilograms of dried cannabis in 2018 (3x the amount exported in 2017). Regions such as Latin America, and possibly Africa, are poised to potentially compete in the export market with low production costs and optimal climate. Asia, while the slowest region to adopt legalization, also represents a wealth of opportunity in the forms of low-cost labor and a long history of hemp production. With younger adults supporting legalization at far higher rates than older adults, the expansion of legalization and normalization of social attitudes toward cannabis will be a durable generation trend.

Many investors entering into the market currently are moderately to extremely wealthy, because the rate of return for the Cannabis industry has far exceeded the S&P 500 index. Their question is not will they make money, but rather how much money will they profit! With the adult-use legalization of marijuana and the CBD legal market, it is possible to double or triple that rate of return within the next five years of the industry.

So, the question is, "If you are not wealthy, how do you meaningfully get into the market?" The minimum investment for many private equity funds is $250 thousand and for others $2 million, which prevents 90% of most Americans from taking advantage of first round equity participation. For many people, the only way they know to get into the market is to buy stocks or to try to open their own cannabis or cannabis related business.

Our solution for you to get into the market long-term:

The combined projected ROI for our view of the total Cannabis market is an average 1000%. Obsidian Elite Investment Association is founding Emerald Elite Acquisitions (EEA), a company created with the sole purpose of acquiring the greatest amount of equity in the global cannabis market. You can become a founding member of this company and share in its profits. This is your opportunity to earn your portion of this industry.

If you wish to become a partner in EEA, you must be a member of the Obsidian Elite Investment Association. Click the button to join today.

Do you have any questions or with to speak with us directly?

Complete the form below or give us a call. 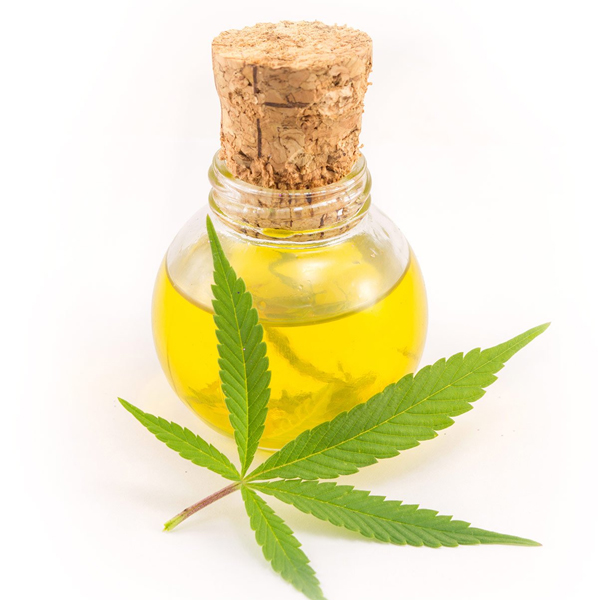